This morning we  attended the very first Small Farming Mini Conference on the Eastern Shore of Virginia, sponsored by the Eastern Shore of Virginia Land Trust. It was wonderful to see such a large crowd out to talk about local food on a cold Saturday morning. Cricket participated on a panel of local farmers.  In case you missed it, I thought we would share how he introduced the farm at the conference…

We started the Copper Cricket Farm in 2007 with a couple of guiding principles – a motto if you will that goes something like this – Sustainably grown, biologically managed.

Let me talk first about the second part – biologically managed. This reflects our belief that healthy plants create healthy food for us. Healthy plants come from a successful collaboration with plants and the soil fungi and bacteria that enable the roots to take in a broad range of minerals and elements that create the flavor and nutrition for us. They also allow the plants to shrug off insects and disease successfully. The neat thing is that, if you are sensitive to the system, it largely works automatically. Pick varieties that are not supersized or ridiculously bred so they have lost natural resistance and vitality. Let your soil work itself by mulching and not tilling or cultivating. Space your plants for their health, prevent weed competition and water stress, and everything else pretty much works well on its own. The only thing I want to emphasize here is that fertilizers, insecticides, and herbicides represent a industrial paradigm that works well when it works as a system. But do not try to use one part of this system and expect success without the other parts. You cannot cherry pick – its all or nothing. In other words you cannot just fertilize and be successful. Fertilizers require insecticides because fertilized plants are vulnerable to bugs because of how it makes them grow. Insecticides, even sporadically used, wipe our the beneficial predators that keep an insect system in balance. So we strive to create a balanced system and then, largely, we let things go. We lose some crops to pests. But most are beautiful and the taste is amazing if I do say so myself.

Our second principle is sustainability. Sustainability is one of the most overused words today. But five years ago, it was a useful concept. Because we focused on making a farm that could would work over time. I have a background in corporate finance. So not surprisingly, sustainable includes elements of financial sustainability – the ability of the farm to sustain both itself and Carol and I as farmers. But there is another element that tries to capture an old indian principal that sustainable means it can last seven generations of man. That meant that we would focus on practices that are, in some sense, renewable from our land. We are not perfect by any means. And principles can bankrupt if you are not careful in how and when you apply them. They are not absolutes but guidelines. But as our guideline, this is useful. Our big push is to reduce outside inputs to an absolute minimum. The lower my cost of inputs, the less revenue the farm has to generate to be sustained. When I first began to think about how we might farm, I knew we needed a completely different model from a modern industrial farm of today. The motto of farming has pretty much implied that only the biggest can survive – get bigger or die. As I studied farming over the last couple of decades, it appeared that this was more and more a motto that maximized profits for the producers of inputs to farming and not for the farmers. I was curious as to why the most profitable farming community by far was the Amish farmers who had relatively small farms by modern standards and did not use internal combustion engines at all. It appeared that modern farming had become an enterprise where a million dollars of revenue might generate $25k in actual average free income for the farmer after he frantically invests in all the equipment, genetically superior seeds, fertilizers, and herbicides, and loans from banks and government to keep expanding. Worse, that farmer only receives a tiny fraction of the final consumer value of what he is producing – less than 20 cents on the food dollar goes to farms and only a small fraction of that goes to farmers. That is amazing. So we set out to find a different model that could work for a small farmer.

The key parts of our model are selling direct to consumers in order to capture nearly 100% of the food dollars spent on our product – that is not to share the revenue stream with distributors, processors, and retailers. We keep costs low mostly by substituting our labor for inputs and using inputs that are available for “free” from our farm. For example, we deliver in boxes made from scrap lumber left from other farm projects like our barn construction. That took huge amounts of time – but they are almost “free” and we have been using the crates for five years now without problems.

These are the rough parameters of our farm– we farm 8 acres of rented land. But most of that is simply in pasture mix that we harvest hay for mulch to concentrate nutrients in the soil and improve soil tilth of the remaining 1 ½ acres or so that actually produce our crops. We rent the land for $100/acre. We have minimal equipment since this is sized so it can almost be done by hand (albeit it is a lot of work). Mostly we use a walk behind tractor with a few Italian implements that help us do small scale haying for our mulch. We are almost exclusively a CSA on the Eastern Shore. We market almost completely by word of mouth from our existing customers. But with a small customer base, we know our members well and create, hopefully, enduring relationships with them. We are left with a reasonable surplus income for us to manage on. Its not perfect. I would like to make more still. But the farm also produces most of our own food now. And the lifestyle is one that most people cherish. But we are still working on improving our model – I guess that is always a work in process for every farm. But so far, it works and I think can be a basis for new folks that want to get into farming. I am over 50. As I often comment to my interns that come through each summer, if I can start this at this age, what could you do with some more youthful energy and power? Small farms can work. As long as they do not pretend to be large farms in their spending, equipment, or marketing. 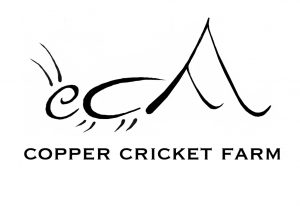